The Therapeutic Effect of Colors

The Therapeutic Effect of Colors

Color-spectrum therapy has been popular since the days of antiquity.  In Ancient Rome, the healer Pleneus recommended precious red stones to stop bleeding, while in China, healers cured stomach discomforts by gently massaging the patient’s belly with the yellow color.  In Western society, notions such as these have given way to the scientific understanding of light as electromagnetic energy, and of color, as being determined by its frequency.

The possibility that the energy of light could interact with and affect a living organism motivated modern color-spectrum therapy, which became popular in 1877 when Englishmen Dawns and Blunt discovered the ability to cure rickets with ultraviolet light.  Here the scientific explanation is that ultraviolet radiation (which is a component of sunlight) enables a biochemical reaction in the skin that produces vitamin D, and thereby correcting the vitamin deficiency that causes rickets. It is also known that a specific kind of depression associated with the dark months of winter (called seasonal affective disorder) can be alleviated by exposure to a suitable artificial light source that mimics sunlight.

Exposure of the retinas to this light seems to be important; the therapeutic mechanism may involve brain chemistry (neurotransmitters) affected by this exposure. Thus, there is at least some scientific basis for the idea that light can improve a person’s  health and well being.

Within Eastern healing traditions, there is also a chromatic interpretation of the chakras and human energy system, in which each chakra is associated with a certain characteristic color, and that the exposure to certain colors can have a health-enhancing effect. Kirlian photography represents an attempt to bring the detection of these colors beyond the subjective realm of intuitive healers into reproducible scientific methodology.

Currently, controversy surrounds the origin and meaning of the patterns produced by objects on photographic films in the presence of high-voltage electric fields. Some people believe that these patterns represent the human energy field, auras and chakras. Others discredit these ideas and offer purely physical explanations based upon gas ionization in the presence of moisture.

Whatever the case, it is now well established that biochemical processes and metabolism in the body and brain are accompanied by electrical signals, which can be detected – for example with electrocardiograms and electroencephalograms.  Who is to say that the body’s electrical energy is not organized just as matter is organized within the anatomical structures.

It is conceivable that refinement of scientific instruments may one day detect and characterize the chakras and associated energy fields that have figured in Eastern healing traditions for thousands of years. Imagine how the Western mindset of 200 years ago would have reacted when presented with the proposition that the human heart and brain produce signals that are now routinely used in standard medical diagnostics.

What is now indisputable – even from the perspective of modern medical science – is that the practices of Eastern philosophy, such as yoga and tai chi, which are informed and guided by the theory of chakras and their colors and energy meridians – lead to health, longevity and well being.

Famous American doctor John Lieberman, after many years of experiments, discovered that while the ray of light passes along the optic nerve, it splits into two parts – one shaft creating the visual image of the object in the brain and the second one affecting the hypothalamus, the organ responsible for maintaining heart rhythm, body temperature, and feelings of joy and fear among others.

The brain reacts differently to different light, and with the help of the endocrine system, stimulates the production of various hormones.  Orange light stabilizes kidney function and aids in living with diabetes.  Green light improves the function of the cardio-vascular and blood systems.  Blue light calms the nerves and contributes to reducing depression.  Red increases the potency and physical strength, while violet rejuvenates us with the help of hormones of that color, such as melatonin.

All these age-old methods are simple (in fact, deceptively so), easy to perform and very effective. If you can dedicate 10 minutes daily to them, very soon you will feel more energetic, invigorated, radiant and happy. 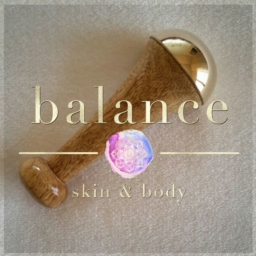 The Magic of a Kansa Wand Massage

The Magic of a Kansa Wand Massage The Kansa wand, a domed tool used to massage the face and body….